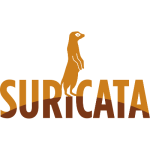 We’re hoping for your feedback on a new release: Suricata 3.0.1RC1. We’ve fixed many issues in 3.0, including important stability issues and memory leaks. A final is expected within a week or so.

Get the new release here: http://www.openinfosecfoundation.org/download/suricata-3.0.1RC1.tar.gz

Many issues were fixed, including stability issues and many (potential) memory leaks.
Full list: https://redmine.openinfosecfoundation.org/versions/81

November 9-11 we’ll be in Washington, DC, for our 2nd Suricata User Conference: http://suricon.net

If you need help installing, updating, validating and tuning Suricata we have a training program. Please see http://suricata-ids.org/training/